Over a year ago, Town Meeting Members acknowledged that it is no longer acceptable to name our school after a person who held another human in slavery and launched a town-wide process to identify a new name.


On June 19, 2019 the School Committee recommended the Florida Ruffin Ridley School as the new permanent name for the Coolidge Corner School. While there are still a number of steps before Town Meeting votes on a final name, the School Committee moved the process forward by selecting and honoring a woman whose life can serve as a role model for our students, be a source of pride for our community, and inspire us through her work and service to others.

Mrs. Ridley’s selection is the result of a thoughtful and careful collaboration between our school and the Greater Brookline community. Central to this process, however, has always been the involvement of our students. Throughout this past year, our students have been actively participating in the renaming process.  They have engaged thoughtfully by putting names forward during the initial nomination process, serving on the Bee-lievers of Change nominations committee, participating in various public meetings and forums, and thinking critically about how one personifies “Work Hard, Be Kind, Help Others”. We are proud that students have embraced the opportunity to setup and become active leaders of their community and modeled for us all positive collaboration and leadership.

In the next few months, the Town Naming Committee will consider the recommendation made by the School Committee and determine whether or not to move it forward at the 2019 Fall Town Meeting. Ultimately, Town Meeting must vote to approve the naming of any Town building before it is permanent. We will continue to keep you informed of the process as the district learns more about the next steps and timeline later this summer, and ensure that the community remains proactive and engaged in their participation.

Who was Florida Ruffin Ridley? 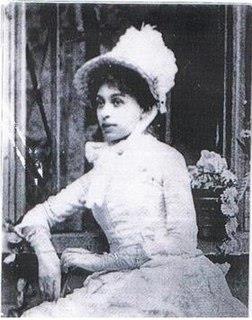 Florida Ruffin Ridley was a local activist and teacher. Ridley also co-founded Society for the Collection of Negro Folklore and several other non-profit organizations, including the National Association of Colored Women Clubs (NACWC), to preserve culture, contributions, and history of African-Americans in Massachusetts life. Her work as the editor of The Woman’s Era, the first newspaper written by and for African-American women, led to her involvement and activism in the women’s suffrage and anti-lynching movements of the 1920s.


Ridley and her husband, Ulysses Ridley, were longtime residents of Brookline, purchasing a home at 131 Kent Street in 1896 and living there until the early 1920s. Both of her children attended Lawrence School and graduated from Brookline High School, with her son being named Valedictorian in 1918. Records indicate that Mrs. Ridley was also a member of the Brookline Women's Suffrage Association. According to research done by Ken Liss, President of the Brookline Historical Society, Mr. and Mrs. Ridley were likely the first African-American homeowners in Brookline. Ridley was also a co-founder of the Unitarian Church on Sewall Avenue. Click here to learn more about Mrs. Ridley.